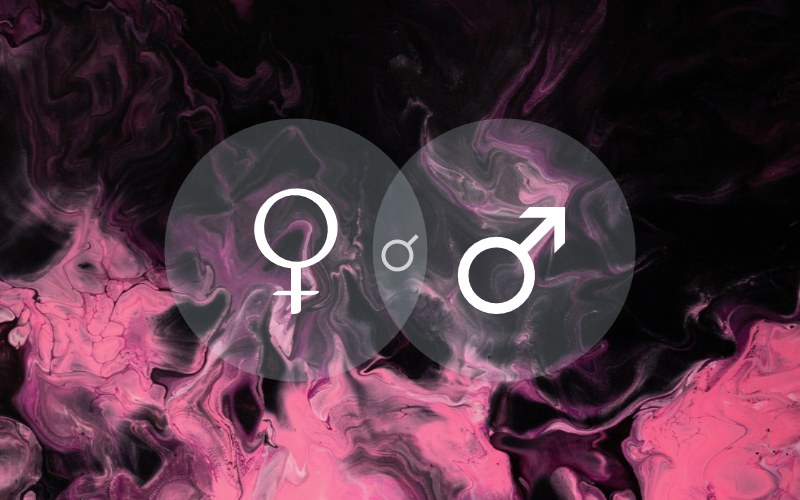 Those with Venus conjunct, square or opposite Mars are people with strong emotions and desires, especially when it comes to romance and sex. It is said that this contact more than any other has its fair share of fights, squabbles, and dish-throwing in love. However, it can sometimes be more like a sexual dance that starts out with war and ends up with lovemaking in the bed. Men are from Mars and women are from Venus has never been a more appropriate phrase when it comes to relationships.

While an aspect between Venus and Mars clearly spells out the difference between the opposite sex, man and woman, it can particularly show anger directed towards them. It could involve fights over money, possessions, and each other. They are affectionate in their relationships, warm and loving, and the excitability of this combination means that feelings run hot. Often there is this sentiment of feeling within that says, “I can’t get along with him/her, but I love the challenge, they make me feel alive, and I feel so passionate about them.”

A person with this contact between Venus and Mars may quickly jump into bed, declare their affection and propose marriage immediately. The contact has been said to be very charismatic and exuding an almost animalistic magnetism that is pretty damn hard to resist. The demonstrative nature in love and immediacy could come across as being selfish, pushy and aggressive. Mostly their appetites are intense, and it can reveal a strong flirtatiousness and extremely amorous side to the personality; they may find competition in love exciting.

The Planet Venus In Astrology

The stereotypical Joey Tribbiani approach in the men with this combination can apply here with all the typical male characteristics, and a love of the chase is usually there. A little bit of a battle is often required to keep things stirred up, and what they don’t lack is passion. They may have to watch in some situations of giving off an air of sexuality so that others don’t misread the signs, but mostly they have this love of adventure with others and seek out pleasure and fun.

The person may be attracted to sporty, masculine, fighting types who possess a streak of violence in them. Relationships are prone to issues involving aggressiveness, selfishness, and love-fights. In severe cases, it can mean serious discord and disputes and sometimes a violent, raw and emotionally charged partnership. Venus-Mars is noted for love affairs, and so they may get themselves caught up in a romantic triangle, often more-so when they are missing excitement in the marriage. Many are prone to falling in and out love quickly, and some just want to jump into a relationship without any hesitation at all.

The themes running through Venus-Mars love-life could involve fighting for love, being fought over, caught in an affair. Many lessons involve learning to compromise, keep things balanced, and how to tolerate some incompatibility. Some women with this combination have to be careful not to let themselves be bullied by men. The split inherent in this duo often involves the need for harmony and the need to get their own needs met. The difficulty with this contact is that when they meet love they see conflict, so there is a lot of unifying to do.

They may like their relationships burning with desire and enjoy some squabbling, but do be careful not to get into too much hot water by getting entangled up in a tricky love situation. With many Venus-Mars aspects, the individual will feel more affinity with one side of the pair. If Venus is their planet, relatedness, loving and getting along will predominate. If Mars is stronger than the person asserts their identity firmly in the relationship, and is probably more of a taker, always getting what they want.

Venus-Mars pairings can turn into a love-hate relationship and be argumentative. However, once they get the giving and taking part down the relationship takes the best of both worlds. They can enjoy all the passion that love has to offer and give and receive equally.